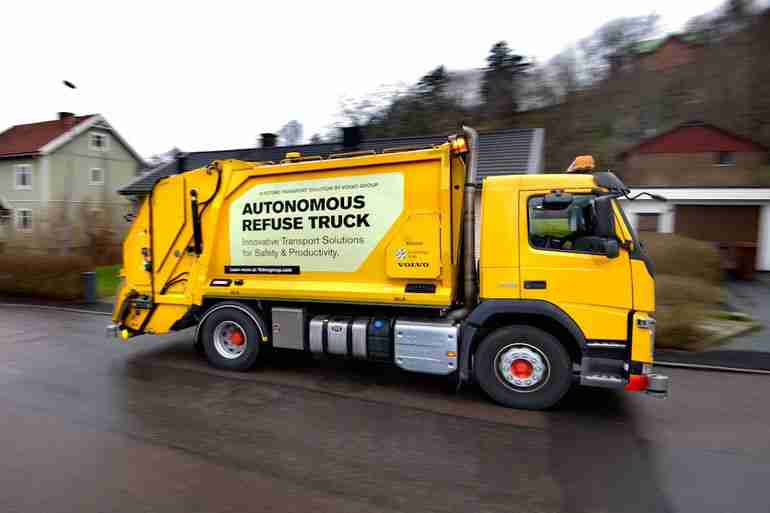 This Week In Mobility: № 32

Park City leaders tapped the brakes on an app that would offer free electric bus rides in the city, opting to delay a decision after hearing resistance to the deal from the taxi industry. LINK

Grab, a Southeast Asian ridesharing platform, tested a helicopter-on-demand-service in Indonesia over this past weekend. They offered free rides in a chopper to select customers in Jakarta, the Indonesian capital that’s notorious for its bad traffic. LINK

Volvo hopes to reduce the strain on the arms and knees of sanitation workers with its self driving garbage truck. LINK

Can Car Rental Companies Survive The Autonomous Driving Revolution? There doesn’t seem to be a whole lot the rental companies can do to stop the rot. They are already at a structural disadvantage versus the ride-sharing companies, and with the looming AV revolution, the rug will be pulled from underneath them. LINK

Bosch, TomTom Hatch Plan to Make Super-Accurate Maps for Self-Driving Cars. These maps will allow self-driving cars to position themselves within an inch using radar data. So instead of compiling visual cues, the “map” will be made up of the signals created by bouncing radio waves off nearby objects. LINK