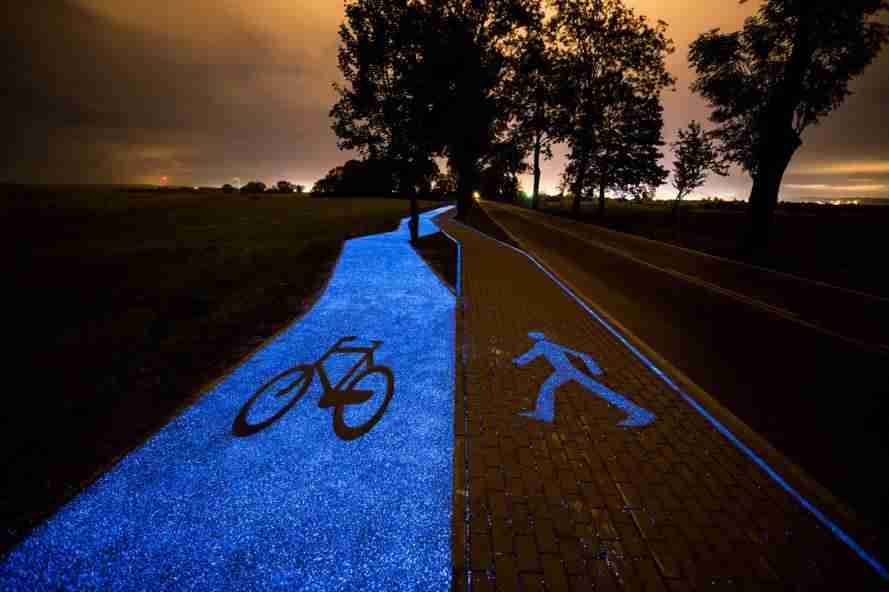 Poland unveils glowing bright blue bike lane that’s charged by the sun. The path near Lidzbark Warminski is illuminated by phosphor, a synthetic material that can emit light for around 10 hours. LINK

Spider-man’s newest villain is the New York City Department of Transportation. A two-day pothole repair job has stretched out for months, ultimately leading to a van careening off the side of a bridge. Luckily, Spider-Man is there to save the day. A sign of the times folks. LINK

Airline wants passengers to tip flight attendants as a way to supplement their income. The payment app doesn’t allow you to tip pilot. LINK

PHOTO: Woman billed 32 bucks by Uber after dropping a half a French fry in the car. The driver claimed the ‘severity of the incident’ required the rider to pay for a ‘professional clean.’ LINK

Judge sentences Arizona man for pointing a gun at Waymo self-driving car to one year of supervised probation. Officers noted in their report that the man with the gun showed signs of dementia. The 69-year-old man told police he felt everybody was watching him and he was frustrated and angry with his neighbors.  LINK