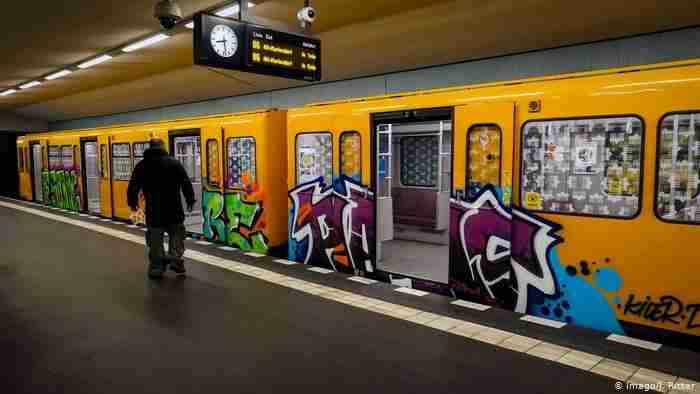 Norway will install the world’s first wireless electric car charging stations for Oslo taxis. The taxis can be charged as they wait in what’s known as a taxi rank, or a slow-moving queue where cabs line up to wait for passengers. LINK

Colorado ski resorts have launched a carpooling app to reduced traffic to the lifts as an attempt to increase the number of skiers. LINK

Designated Driver is a Portland-based startup that has created a system where a trained and skilled human driver can remotely monitor driverless cars. Drivers take control of the vehicle if it is under duress or malfunctions. LINK

During a 24-hour strike of the Berlin transit system, about 140 subway cars or 10 percent of the subway fleet were spray-painted with graffiti. The union representing subway workers has distanced itself from the “vandalism.” LINK

REPORT: Daydreaming is the number-one distraction noted in fatal crashes. And Saturdays in September are the biggest days for fatal car crashes involving daydreaming while driving LINK

STUDY:  Pregnant women who commute long distances to work everyday risk having babies born premature and underweight.  Many of the pregnant women who were long-distance commuters went to fewer prenatal doctor appointments; perhaps because they didn’t have time after working and commuting all day to go for regular checkups. LINK

Smart is getting new ownership in a new deal between current parent Daimler and China’s Geely Holding. The two companies announced they are forming a joint venture to run Smart, in which each holds a 50 percent stake. Daimler has owned Smart entirely since 1998. LINK

The City of New Orleans is offering discounts through a ride-sharing service for families trying to get to juvenile court. LINK

Michigan boy, 12, fed up with potholes, decides to fix them himself. He used a shovel and dirt from his backyard to even out the road. LINK