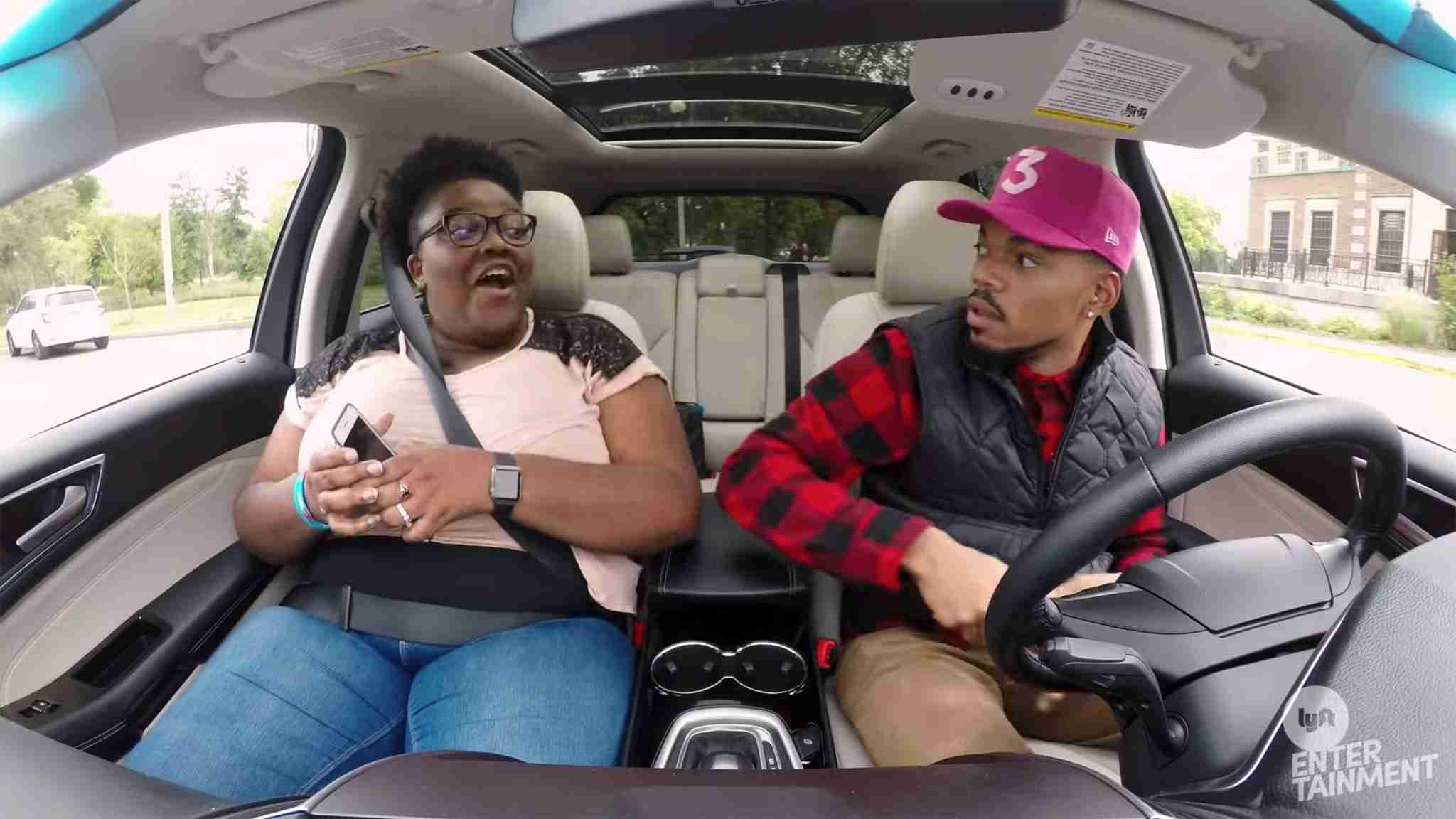 MOBILITY AS MARKETING
Chance the Rapper has partnered with Lyft to give out free copies of his album. Anyone using Lyft can receive a link to download The Big Day for free, becoming the latest artist to bundle music with other products. LINK

Elon Musk says Tesla owners will soon be able to stream Netflix and YouTube while the car is stopped. Musk says that it is an “amazingly immersive, cinematic feel” thanks to the comfortable seats and surround sound audio and that it has an “old school drive-in movie experience.”  LINK

BMW will charge an annual subscription fee to use Apple CarPlay in new vehicles. Users of Android phones are not affected by this change, as BMW does not support Google’s mobile platform in their vehicles. LINK

THE MOBILITY OF FOOD

More business travelers are using scooters to get around town, and the rentable scooter trend is starting to show up in corporate expense reports. Lime is the most-expensed scooter service, collecting 57.50% of all receipts/expenses compared to 30.17% for Bird.  The average receipt of a Lime rental is $6.63, and $8.92 for Bird LINK

POLICE AS MARKETING
Police officers in the city of Tempe are pulling over good drivers for their new ‘positive ticketing campaign’. Instead of getting a ticket or citation, “you would get a free drink coupon… at the Circle K”. But some people are upset at the initiative, reactions online from the news ranged from “this sucks” to “this is illegal.” LINK

Forget dating apps or dating sites, a single New York City realtor takes out a 30-second ad on Taxi TV to find a Husband. The $5,000 ad will be seen in 7,000 NYC cabs. I LOL’d when she said, “If you love your mother — but you still don’t live with her — feel free to give me a call.” If you’d like to contact her, just send an email to aManForAnn@gmail.com LINK

Uber is laying off 1/3 of its marketing team globally to become leaner and faster. The head of Uber’s marketing department also wrote in an internal email that she’s “consistently heard that we have too many people with overlapping mandates” and that there’s “deep dissatisfaction within the team.” LINK

A ride-sharing pilot program launched by the transit authority in southern Nevada in partnership with Via has brought in a little more than $62,000 in revenue while costing $1.4 million in its first two months …. $600,000 of which was for start-up costs.  LINK