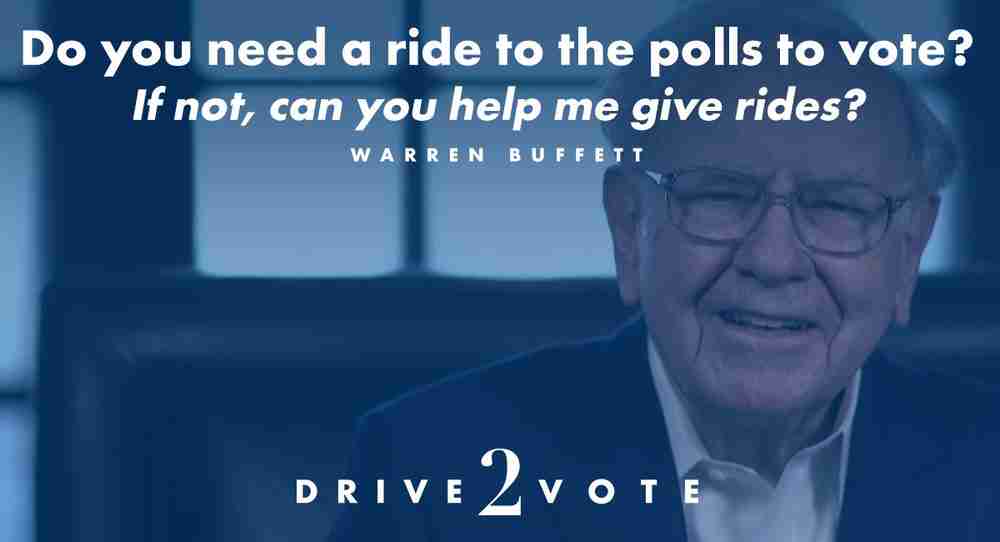 This Week In Mobility: № 02

Donald Trump believes the United States can get $1 trillion in new roads — for free.  Trump’s economic advisers have embraced a modified version of a theory some liberal economists have been pushing for years: that at a time of very low interest rates, increased federal spending on roads and bridges would pay for itself. Trump would push Congress to authorize $137 billion in tax credits for construction companies looking to build new toll roads, toll bridges or any other sort of infrastructure project that has a revenue stream attached to it. (The revenue is critical, in that it generates a return to the private builder of the project.) – Link

Uber and Google really want you to vote on Tuesday, so they’re teaming up to make it really easy to get to and from the polling place to cast your ballot. As part of Uber’s ongoing campaign to encourage riders and drivers to vote, the ride-sharing company and Google will “launch a special in-app feature on November 8th that will help you locate your polling location and then seamlessly request a ride with just a push of a button,” Niki Christoff, head of federal affairs at Uber, said in a statement. – Link

Now Startups Have Figured Out How to Make Money on “Volunteer” Rides to the Polls.  Ride-hailing services will colonize yet another corner of the American experience this Election Day, and for those snagging a free ride, that’s hardly be a bad thing. Volunteer efforts to drive voters to the polls can surely use all the help they can get. But this project is a bit more discomfiting than initially meets the eye—offering yet more evidence that there are few remaining spaces where tech startups haven’t figured out how to shave off a slice.- Link

Warren Buffett, ‘Drive 2 Vote’ campaign get people to polls.  Drive 2 Vote is a non-partisan effort focused on raising turnout in Nebraska’s second congressional district. Buffett said, since Nebraska splits its electoral votes among districts, “When [people in the district] vote, their vote really counts. And what I really hope is we can get the biggest gain in turnout of any congressional district in the country. I think it’d be a terrific bragging point, really.”- Link

Don’t vote against mass transit just because Uber is so cheap  There are dozens of ballot proposals across the country that could potentially raise up to $200 billion for public transportation. But some opponents are using the rising popularity of ride-sharing services like Uber and Lyft to undercut these proposals. These critics are arguing that cities and states shouldn’t be pumping so much money into mass transit at a time when more and more people seem to prefer taking Uber and Lyft.- Link

Cities Must, and Will, Take Care of Themselves: Nobody really knows what lies ahead for the US, but we are probably heading into a period when cities and metro areas must do even more to take care of themselves. Some friends are despairing about federal funding for public transit, which is required to deliver the promised transit plans, and for other critical urban needs. I can’t predict what Federal policy may actually be like.  If you need reasons for hope, there are three … – Link

Tesla acquires German engineering powerhouse Grohmann to help “build the machines that build the machine.”  Tesla noted that it’s already been able to boost production by 400 percent over four years, and it expects to be able to drive that up further as a result of this new acquisition. Tesla is anticipating that the deal will close by early 2017, once it receives clearance from German regulators. Tesla did not disclose the financial terms of the deal. – Link